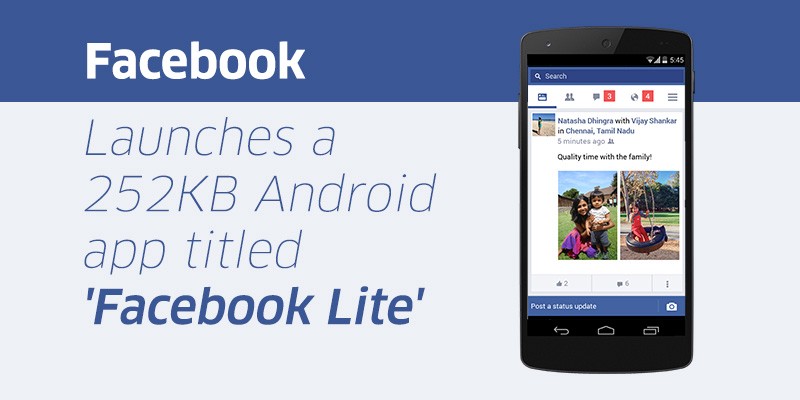 Facebook is working on an app called Facebook Lite, which is optimized for low configuration Android devices. Facebook Lite launched in a limited number of countries across Asia and Africa over the weekend. Depending on the app’s feedback, Facebook Lite may expand to other countries.

If you’re in one of the aforementioned eight countries where Facebook Lite has launched — and you have an Android phone — then you can download it from here.

The app has already crossed 10,000 downloads at the time of writing, with a 4.6 rating from an initial 788reviewers. The few early users tweeting about it seem impressed too.