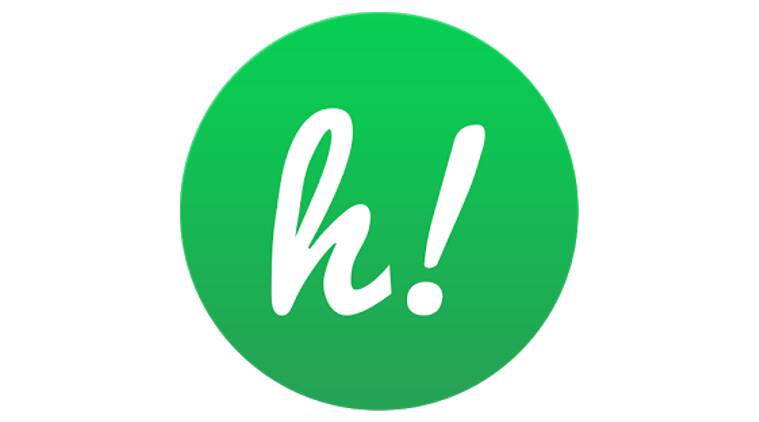 It’s nearly one month since Nimbuzz, the mobile messaging and calling service with 200 million registered users, was bought by UK telecoms company New Call in a $250 million deal. Today we get a glimpse of what’s to come after it released its first post-acquisition product: a dialer app for Android called Holaa!.

Holaa (sorry, Nimbuzz, but adding ‘!’ just isn’t cool — ask Yahoo) is a free call management app designed to replace the default on your Android phone. To tempt you in, it offers a range of features that go beyond the stock, ‘dumb’ dialer, most notable of which is spam blocking.

The app lets you identify unwanted callers as spam — a situation that is common in India, where Nimbuzz claimed as many as 40 percent of calls are unwanted. That information is then uploaded to a central server which collects spam-marked numbers from other Holaa users in your area to create a central list of dodgy numbers — if a number from that list calls, Holaa will warn you that it has been marked as spam by others.

It’s not a new concept — both Truecaller, popular in India, and Line-owned Whoiscall do the same — but Nimbuzz hopes Holaa can offer more. There are also dedicated missed call actions (big in India), merging Facebook and Google IDs to phonebook contacts, and showing a photo and location information for contacts who call.

Nimbuzz CEO Vikas Saxena told TechCrunch that Holaa is very much an ongoing project that will be made “more feature rich” over time. The core offering will always be free, but some future features could be unlocked via an in-app purchase, such as services for SMBs.

The app has a smaller file size and takes up less RAM than rival services, Saxena said, because the aim is to cater to as many people in emerging markets as possible — that’s also why there is no iOS version.

Nimbuzz intends to use a range of strategies to distribute Holaa, including promotion via the Nimbuzz app, deals with operators, and alliances with OEMs to pre-install it on phones. India aside, Holaa is targeted at other places where Nimbuzz has strong adoption, including other countries in South Asia and the Middle East.

Saxena said Holaa has been in development since before Nimbuzz’s acquisition, but the timing is interesting for a couple of reasons. One, it mirrors the trend of unbundling services into standalone apps in the West — Facebook is doing this consistently right now, Foursquare did it too — while it also speaks to Nimbuzz’s focus on serving emerging market users more than ever before.

That focus will spawn other apps and services like Holaa, so said Nigel Eastwood, Group CEO at New Call.

“Nimbuzz has exceptional talent — there’s Silicon Valley happening in India in their offices,” Eastwood told TechCrunch. “People who left India for the U.S. are now returning from Silicon Valley because the world is looking east for the next great thing.”

Eastwood said that New Call, which has big plans for India, is able to help Nimbuzz monetize and distribute new services, and he hinted that we can expect other apps to be incubated by the company.

“Nimbuzz is one of those best of breed applications that is serving real needs for emerging markets. Holaa is another, the first one of a series,” he explained.

There appear to be more expansive plans on the horizon. Eastwood revealed that New Call is in the final stages of announcing two other strategic acquisitions in India.

One target is a large WiFi hotspot provider, a deal for which is expected to be complete within the next month. The other is a fixed-line ISP — this deal is made more complicated by regulations but Eastwood said it is likely to be announced in early 2015.

Saxena hinted that Nimbuzz is working on another app that ties into WiFi, and it seems clear that the company is seen by New Call as an engineering hub that can develop products and services that tie in with these service providers and take its services direct to consumers in India.

Operators may have missed the boat on mobile messaging, watching WhatsApp and others rise up and steal large chunks of their business, but New Call is pioneering an interesting model that uses a messaging app company to create new business opportunities. Let’s see what these two companies come up with over the coming few months.