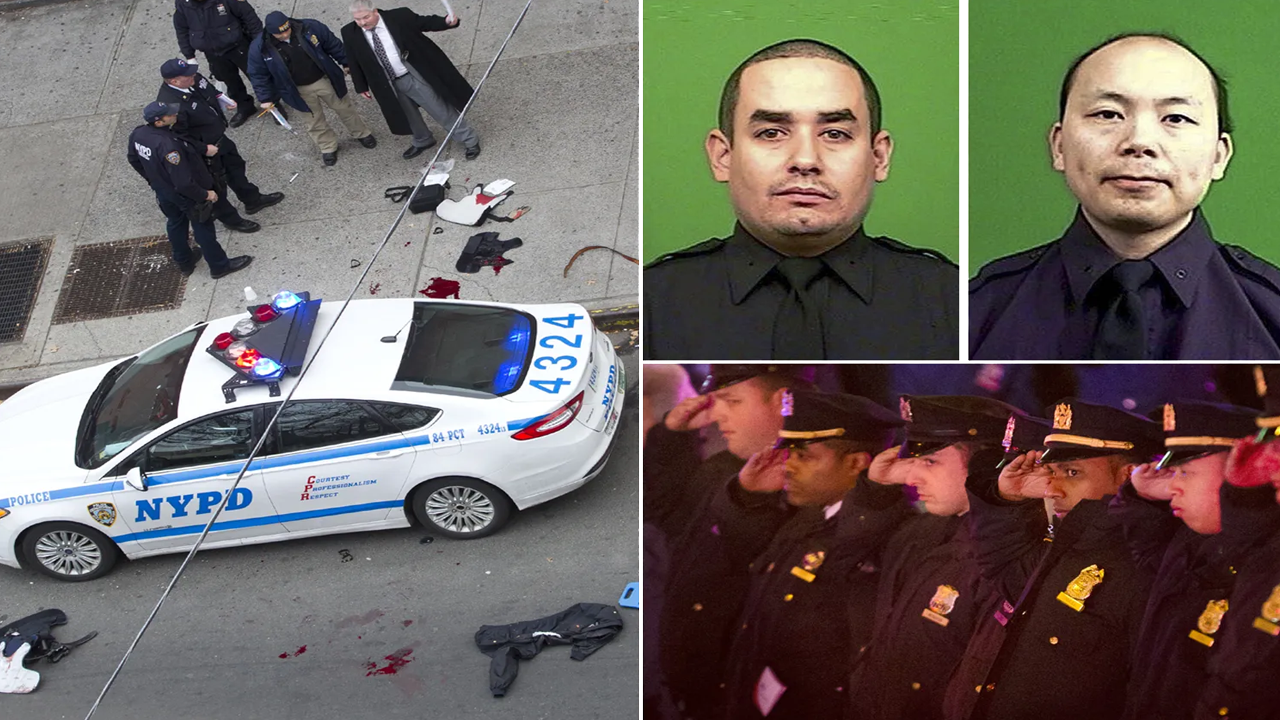 Popular photo-sharing service Instagram on Saturday took down the account of the man said to be behind the “assassination” of two New York City police officers, after the 28-year-old gunman’s veiled threats and provocative messages went viral in the wake of the execution-style shootings.

Posted just hours before Ismaaiyl Brinsley allegedly walked up to two officers in a parked squad car in Brooklyn and shot them dead, the dark messages again cast a spotlight on the role of social media in spotting and revealing public threats of violence.

Critics say social media sites should do more to actively monitor and police content. Instagram user “jen_knee_fur89″ echoed the sentiments of other online commentators when the user asked, why “did no one catch this and it was three hours prior to the shooting?”

But others have argued that it would be unrealistic to expect social media operators to keep tabs on the millions of messages and posts generated in real time and that unilateral action to remove posts is tantamount to censorship and risks jeopardizing freedom of speech online.

Some social media sites, particularly Twitter, like to portray themselves as a platform or conduit for content, rather than as publishers, technically absolving themselves of responsibility for the substance of any messages posted on the service. That position, though, may be harder to sustain as social media takes on increasing prominence in daily social conversations, including those on the fringes of society.

Instagram, a free photo-sharing service that Facebook bought for about $1 billion in 2012, has an estimated 300 million monthly active users. Its terms of service expressly bans violent and graphic messages as well as nudity and other mature content.

It’s unclear whether any of the major social media services are reviewing their policies around online threats of violence. Just months ago, in May, the son of a Hollywood director suspected of killing six people in drive-by shootings near a California college campus posted a video on YouTube lamenting his loneliness and warning he was about to go on a rampage out of sexual frustration.

In August, Twitter came under fire for allowing widespread harassment of Robin Williams’ daughter following the actor’s death. More recently, information about an alleged and anonymous rape victim described in a Rolling Stone article was freely and publicly broadcast, prompting an outcry.

Many services, including YouTube and Facebook, prohibit threats. But some experts say the task of monitoring social media is best left to law enforcement rather than media companies.

On Saturday, Brinsley chillingly telegraphed his intentions on Instagram.

“I’m Putting Wings On Pigs Today. They Take 1 Of Ours…Let’s Take 2 of Theirs,” the 28-year-old Brinsley wrote on Instagram alongside a photo of a silver handgun, according to screen shots posted by other Instagram users and media including the New York Post. According to the reports, he appended the suggestive hashtags #ShootThePolice, #RIPErivGarner and #RIPMike Brown.

“This May Be My Final Post…I’m Putting Pigs In A Blanket.”

“Our deepest thoughts and sympathies go out to the family and friends of the two police officers who were shot and killed in New York,” said Instagram spokeswoman Alison Schumer. “There is no place for this content within our community. It was a violation of our terms and was quickly removed.”