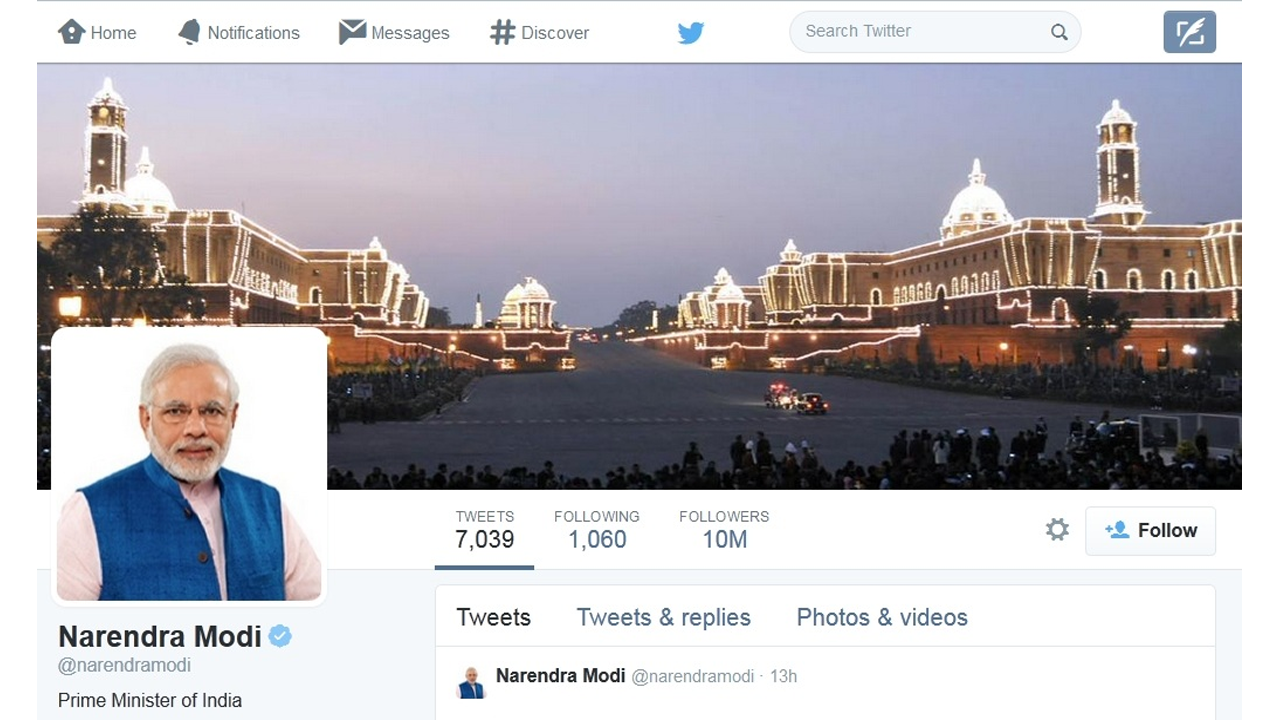 Prime Minister Narendra Modi has crossed the 10 million followers mark  on the popular social media Twitter. Modi, made his Twitter debut in January 2009, is the second most followed politician on Twitter, behind US President Barack Obama and ahead of Mitt Romney (USA). Besides, he is also the third most followed world leader behind Obama and … Read more