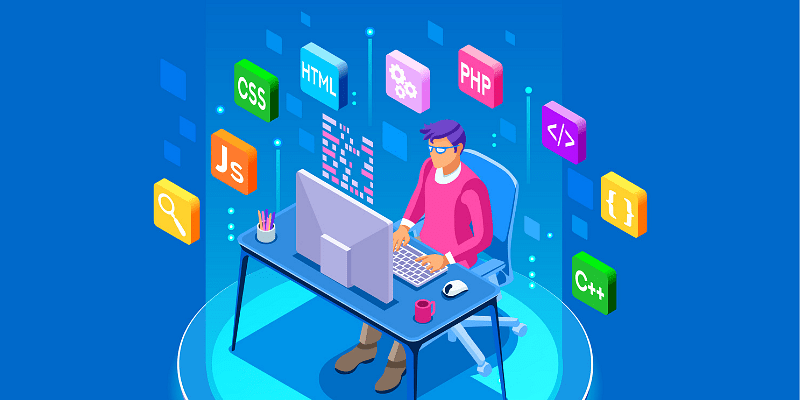 Technology is constantly changing and growing. With every new advancement in technology, the importance of those who develop, service, manage, and produce technology becomes greater. This is why information technology has been and will be one of the fastest-growing career fields.

A data scientist takes a large set of data, analyzes it, and concludes to solve problems for the company they work for. It’s estimated that there will be a 26% increase in the number of jobs available for data scientists in the next five years. Making it one of the fastest-growing jobs in the IT field.

Software developers listen to the users to figure out what they are looking for in programs and then working on designing, developing, and testing the new additions before they are made available to the public. It’s estimated that there will be roughly a 22% increase in jobs for software developers in the next five to ten years.

The average annual salary in the UK is £48,756, but software developers can easily earn over £70,000 for qualified individuals hired by big companies.

DevOps Engineers work with people as much as they work with computers. They specialize in hardware and software and work with developers, operators, and other people working to produce software. Their main role is to oversee the release and implementation process of new code and features. It’s estimated that there will be a 22% increase in jobs for DevOps engineers in the next five years.

The information system security manager is the person in charge of creating and implementing security protocols to help protect the integrity of a program and the users’ privacy. If there is a breach or possible breach in security, the information system security manager will likely be the first to know. There is an estimated 32% growth rate in the coming year.

Cloud engineers do a broad spectrum of jobs revolving around a company’s use of cloud-based programs. More specifically, they are usually responsible for designing the cloud architect and managing things like security and access. They play an important role in making sure a company’s cloud is organized and secure. It’s estimated that there could be more than a 50% increase in available jobs in the coming years.

An AI architect plays many roles, but they all revolve around developing artificially intelligent technology to meet clients’ needs. They are particularly important when it comes to analyzing the infrastructure, architecture, and restrictions that a piece of technology or program may have while trying to meet the specific client’s needs. There has already been a 32% increase in these jobs in the last two years.

Professional hackers, also known as white hat hackers or ethical hackers, are cybersecurity experts. They play important roles in finding vulnerabilities in computer and security systems. Companies often hire them to act as black hat hackers (the bad guys) to break into a system to check for gaps in security and things that need improvement. There is an estimated increase of about 25% in the coming years.

Ethical hackers can make up to £550 per hour, though they usually average around £45,000 per year.

IoT stands for Internet of Things, and an IoT solutions architect works to develop interconnected technologies by way of wireless internet that interact with each other without the needs of humans. For example, your smart thermostat, wireless doorbell, or your smart car all communicate and work with various other devices. An IoT solutions architect is the person who works to make sure they work together flawlessly.

The average salary in the UK for an IoT solutions architect is £92,500 per year.

Database administrators play an essential role in a company as they are responsible for making sure the database is running properly. For companies that manage stock, employee information, or client data using a database, properly functioning databases are crucial to the company’s success. There is an estimated 10% growth increase in database administrator jobs.

The average salary in the UK is £83,724 per year, with more experienced database administrators earning £120,000.

Senior web developers are usually the leader of a team of web developers, often called junior developers. As the leader of the team, it’s their job to oversee the designing, building, and optimizing of websites or web-based apps and programs. They play the important role of working through the development process and managing a team to get the job done more efficiently.

Here you can find an overview of the currently most in-demand IT Occupations: https://jobtensor.com/uk/top-it-occupations